We find a lot of information about pretty much everything on the internet. We do not have to remember things because we are always online and always able to find the information we are looking for. It is true. I do it, you do it, everybody does it. Wikipedia, Google, Forums and of course specific sites…

I just give an example, I once met a doctor, a physician. A patient had a problem that was unclear to him and he actually told the patient that he would google for the problem. In the end he came up with a very helpful solution for the guy, much better than what many of us would get in the same situation. I will not disclose any details.

Now why do we need an expert at all, if the expert did not know and found a more helpful answer than the other experts only by using a search engine that all of us can use?

Actually it is the conjunction of the expert and the online information that became so helpful. At least since the last presidential election in some country on the North American continent we have learned that media (and probably even the internet) may be unreliable and that truth is relative, if we at all accept the concept of truth.

Or to become more tangible, there are numerous sites that promise us easy solutions at least to questions that really many find important like diets, raising money easily (and legally), and a lot more, we all know it. It is quite easy to put a site online and put any information on there. It is a bit harder, but possible to get found. The author of the site can sell something that he would never buy himself or something that he believes, even though it is not true. I have met a person in Switzerland who seriously told me that eating would be unnecessary for humans and he or she just practiced it for the joy of eating. In case of medical advice it is quite obvious that this might be dangerous, but in almost any area we have more or less the same problem. A government agency that enforces that only the truth is written on web pages would be a nightmare. Just think of your favorite politician being in charge of such an agency…

But for the expert it is easy to recognize which information is serious and useful. And even easier to use the right keywords for searching.

And there is more. The expert knows the situation, consciously and subconsciously he combines experience and what he sees, hears, …. to solve the problem. And builds in the input from the search.

We should also think that searching is extremely efficient, but knowing 99% without searching is so much more efficient. Just think of languages. I speak a couple of them, and it is often useful to use online dictionaries or even translators. But needing them for every other word is inefficient and will actually sometimes lead to wrong understanding.

The information on the internet will become better. There will be new concepts implemented by sites for providing reliable content in certain areas. We already see Wikipedia, which is not 100% reliable, but probably about as good as a printed encyclopedia in this aspect.

Anyway, the experts will not become useless, but we will need them in the future as well.

In forests we usually find unpaved roads like this: 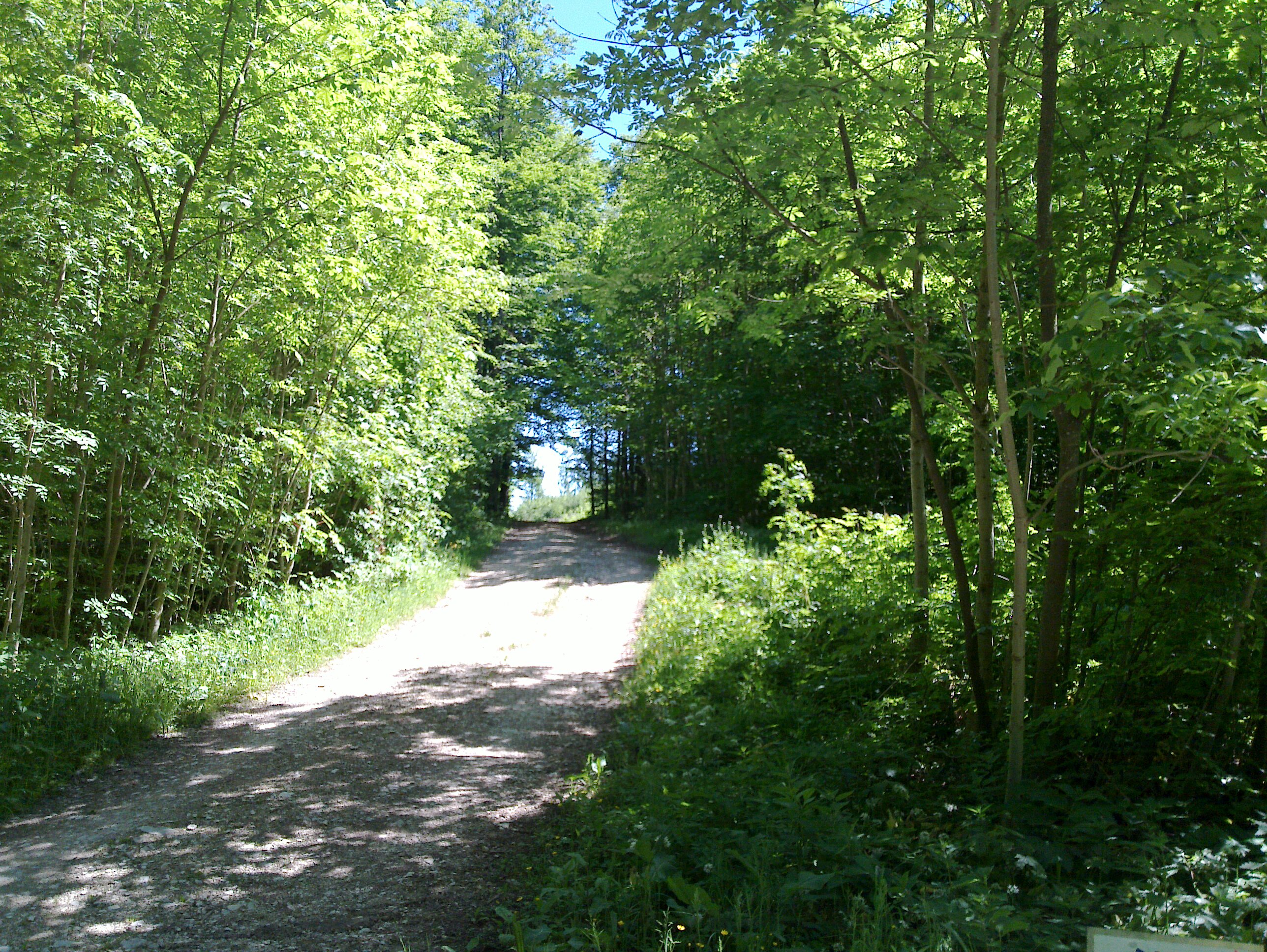 Often it is necessary that trucks and heavy machinery can use the road. So it needs to be constructed in a way that it withstands occasional usage by heavy vehicles, for example to extract wood from the forest or in bad cases to fight a forest fire. And the network usually provides a reasonable way for a truck with a trailer to get out again by driving forward only.

Apart from this there is one very important requirement. The construction must be cheap. It should usually be so cheap that it can easily be paid by a relatively small fraction of the money that is obtained by selling the wood from the forest. There can be a significant secondary use for recreational purposes or even as route through the forest, typically for MTBs and pedestrians, which might justify using money from other sources than the revenue from the forest. Interestingly forests in Switzerland have much denser road networks than forests in Norway or Sweden.

What we never see is forest roads that are somehow prepared for the case that it might be decided in the future to expand them to eight lanes or to transform them into high speed highways. It would be good to use a route that allows this, to already pass hills with cuts or tunnels and to build bridges already much wider than currently necessary. Real highways usually run on a dam or at least they include a thick sequence of layers that often add up to a few meters under the upper asphalt layer. There are „best practices“ about building highways, even relatively narrow highways like this one: 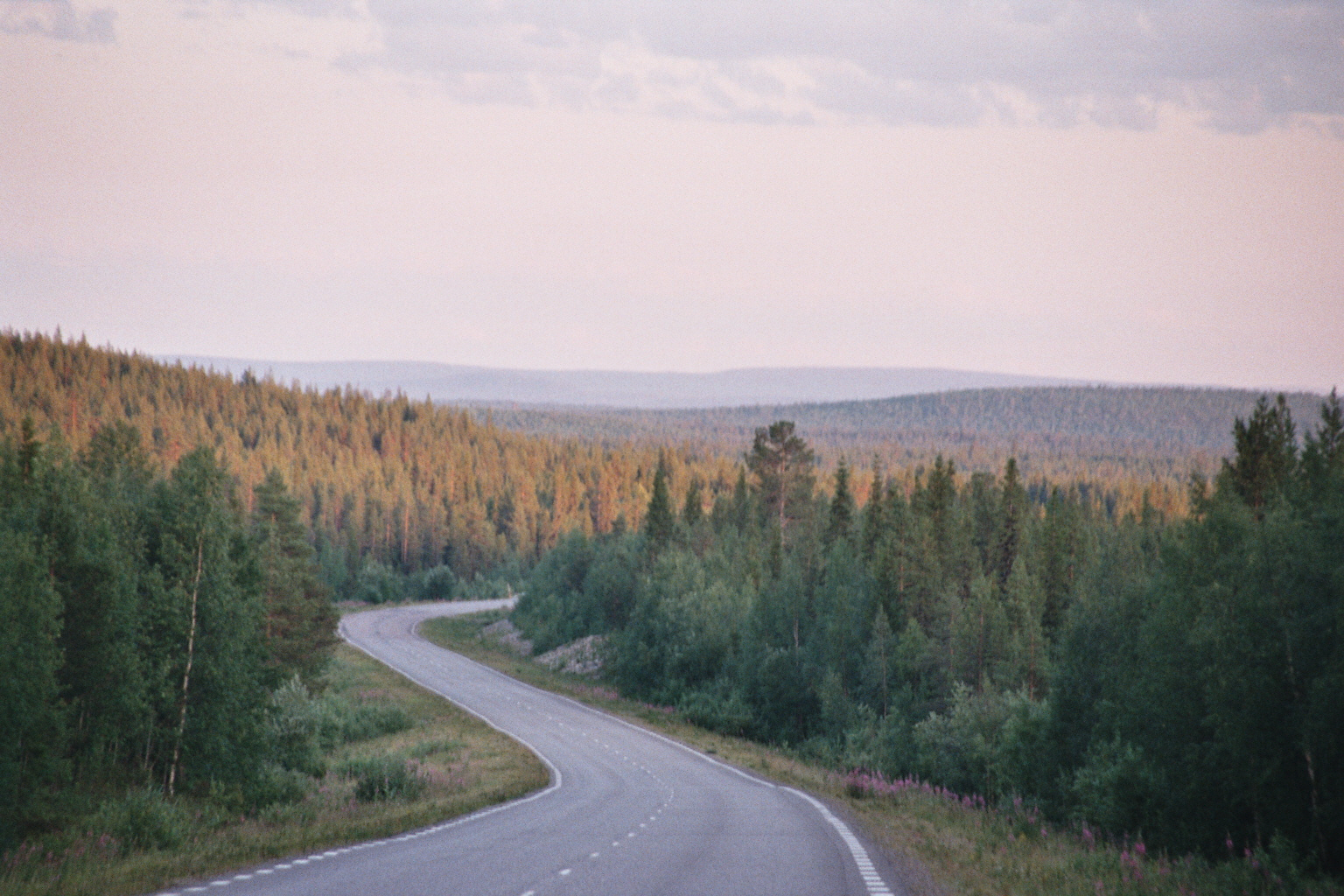 Highway E45 in the Taiga in northern Sweden 2014

They are mostly ignored, apart from very universal principals that apply to any kind of construction.

We should learn from this for our IT solutions. We should think how big our IT solution might actually become. How many customers do we need to serve? What kind of sophisticated functionality needs to be added? Very often we see the mistake that IT solution are built too small. They do not scale, cannot easily be expanded or simply not serve the load or the availability requirements.

Companies like Google. Facebook, Twitter, Netflix or VK serve millions of users 7×24. There is even an implicit promise that there will be no down times and people start relying on this.

We expect banking software to be accurate to the cent. Not sometimes, but always.

Running a device in a chemical plant or steering a rocket requires absolutely reliable software. Errors can be very expensive and cost human lives.

On the other hand there is plenty of software that is useful. Of course it needs to work properly. But the requirements are much lower. A typical app for a mobile phone does not need to be able to run on millions of servers simultaneously. Downtimes during software updates are no problem. Usually a small development team is sufficient to build them. And when it comes to money, the real business logic for this is usually on the server. And we just should not control a chemical plant by a mobile phone app. But mobile phone apps usually have to come at neglectable prices to the users. They either have to pay themselves by the business that they indirectly promote or by a very small amount of money per user, usually combined with a very small number of users.

It is important to really understand the requirements well and build the right size of application. Building too small is very bad, but building too big can be as bad for the project and the organization. And even if the company is lucky and discovers that the software is so attractive that a bigger solution is necessary, then maybe this is a good moment to rewrite it and consider the first version as proof of concept.

Whenever a new highway is built on a route that is previously only covered by a forest road, the highway will usually be built from scratch, ignoring the routing of the old forest road. If the forest road becomes obsolete by that, then the money for the original construction of the forest road is neglectable. Trying to transform a forest road into a highway did happen in many small steps over centuries to create part of our current road network, but it is usually not a recommended approach.

In the old days of the web, more than 20 years ago, we found a possibility to write German Umlaut letters and a lot of other letters and symbols using pure ASCII. These are called „entities„, btw.

Many people, including myself, started writing web pages using these transcriptions, in the assumption that they were required. Actually in the early days of the web there were some rumors that some browsers actually did not understand the character encodings that contained these letters properly, which was kind of plausible, because the late 80s and the 90s were the transition period where people discovered that computers are useful outside of the United States and at least for non-IT-guys it was or it should have been a natural requirement that computers understand their language or at least can process, store and transmit texts using the proper characters of the language. In case of German language this was not so terrible, because there were transcriptions for the special characters (ä->ae, ö->oe, ü->ue, ß->ss) that were somewhat ugly, but widely understandable to native German speakers. Other languages like Russian, Greek, Arabic or East-Asian languages were in more trouble, because they consist of „special characters“ only.

Anyway, this „&auml;“-transcription for web pages, which is actually superior to the „ae“, because the reader of the web page will read the correct „ä“, was part of the HTML-standard to support writing characters not on the keyboard. This was a useful feature in those days, but today we can find web pages that help use with the transliteration or just look up the word with the special characters in the web in order to write it correctly. Then we can as well copy it into our HTML-code, including all the special characters.

There could be some argument about UTF-8 vs. UTF-16 vs. ISO-8859-x as possible encodings of the web page. But in the area of the web this was never really an issue, because the web pages have headers that should be present and inform the browser about the encoding. Now I recommend to use UTF-8 as the default, because that includes all the potential characters that we might want to use sporadically. And then the Umlaut kann just directly be part of the HTML content. I converted all my web pages to use Umlaut-letters properly, where needed, without using entities in the mid 90s.

Some entities are still useful: